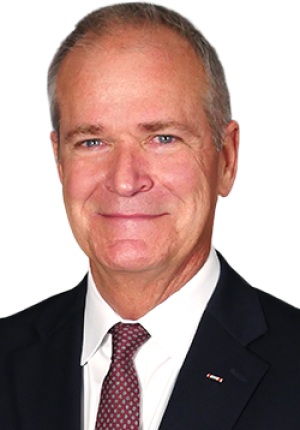 Chris Stream is the Vice President of NPA Network Services at SourceAmerica and serves on the executive leadership team.

Prior to SourceAmerica, Stream was a Supply Corps Officer with the United States Navy. During his 22 years with the Navy, some of his tours included Chief of Staff of Supply & Logistics at Great Lakes Naval Training Center, Director of the U.S. Navy Subsistence Office, and Contracting Officer of the AV-8B Harrier aircraft program. He also served tours aboard two guided missile destroyers, the USS William V. Pratt and the USS Semmes. Overseas assignments included the Kingdom of Saudi Arabia and the Republic of Panama.

Stream earned his B.S. in Finance from Saint Louis University and a Master of Management in Acquisition and Contracting from the Naval Postgraduate School.

Stream is the seventh son in a family of eight.

Back to the Senior Leadership Team